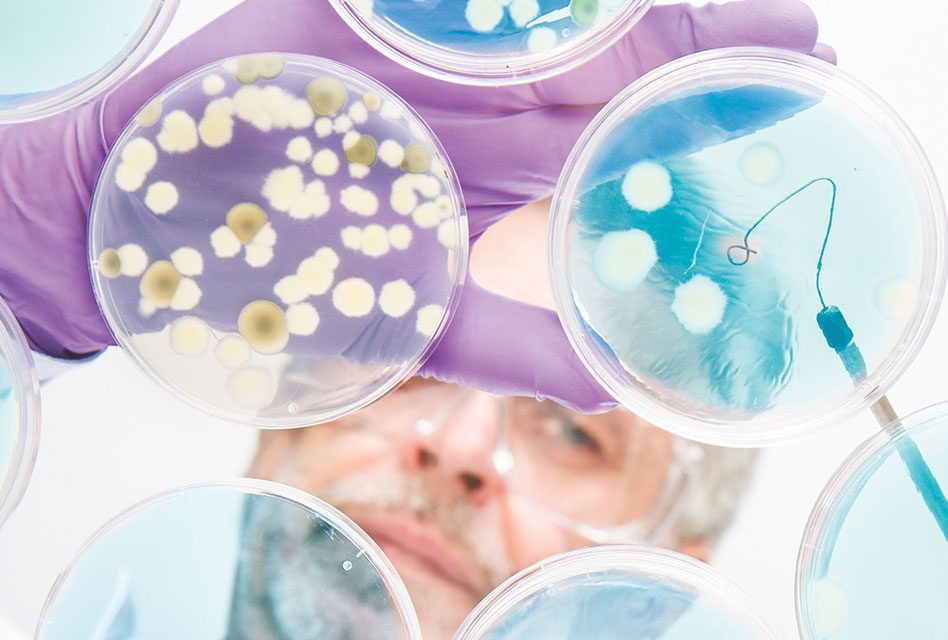 Antibiotic resistance is a growing threat worldwide, prompting the quest for alternative therapeutic measures to be developed. Bacteriophages have been proposed as one strategy to mitigate this challenge. This article describes the main features of bacteriophages and discusses the potential limitations and barriers to successful implementation of such therapy in clinical practice.

Antimicrobial resistance (AMR) has been recognized as a growing public health threat, with many of the available treatment options for common infections becoming problematic (1). This realization has prompted the urgent quest for new measures to overcome antimicrobial resistance. As such, therapy with bacteriophages might be one viable option to tackle this crisis.  In June 2015, the European Medicines Agency organised a workshop on the current development status of bacteriophage therapies.  A detailed account of the event, highlighting the regulatory perspective on this topic, has been published elsewhere (2).

It is noted that bacteriophage treatment, where viruses specifically target and destroy bacteria, is not a novel intervention.  This concept was already introduced into clinical practice a decade in advance of the discovery of penicillin (3). However, with the advent of modern antibiotics, the bacteriophage treatment option was largely abandoned, apart from its continued use in the former Soviet Union and aligned countries, allowing experience to be accumulated for almost a century (4). To date, centres in Georgia and Poland (a current EU Member State) are still operational.  For instance, in Wroclaw, Poland, patients with antibiotic-resistant bacterial infections are administered personalized (“tailor-made”) phage therapy, under exemptions from the need for a marketing authorization, as foreseen in the legislation.

Bacteriophages are ubiquitous in the environment and are obligate intracellular parasites of bacteria.  The self-replicating nature – self-limited to the site of infection – and evolving nature of bacteriophages and host bacteria, can count as unique features of this approach.  Main advantages of bacteriophages have previously been highlighted in the literature, such as an activity encompassing multiple drug-resistant pathogens and their narrow targeted antibacterial spectrum, with minimal disturbance of the commensal flora (5). Several hurdles need, however, to be overcome prior to the introduction of this concept into routine clinical practice according to current evidentiary standards. For example, our understanding of the bio-distribution, phage virulence, required dose, most appropriate route of administration and optimal modalities of treatment (as a stand-alone or adjunctive therapy to conventional antibiotics) remain limited at best, while the risk of immune-recognition leading to fast clearance of bacteriophages (rendering therapy ineffective) needs to be further elucidated.  Rapid lysis of Gram-negative bacteria caused by phage therapy, accompanied by endotoxin release, potentially causing a pro-inflammatory signalling cascade and leading to systemic organ failure has also been one of the noted concerns, requiring more precise risk determination. Difficulties also include the high specificity rendered by bacteriophages, targeting only a few strains for a given bacterial species. This implies that it might be necessary to adequately isolate and culture the bacterial pathogen, prior to selecting the bacteriophages required for therapy (although this possibly could be largely obviated by use of broad phage cocktails, selected on knowledge of previous relevant strains).  Further on, the potential for development of resistance by the bacterial host requires detailed attention.

From a regulatory viewpoint, bacteriophages, proposed for treatment of bacterial infections or for use in bacterial decolonization, are considered biological medicinal products and hence, their widespread acceptance and introduction into clinical practice need to adhere to legally required standards for pharmaceuticals (6). Presently, though, there are no confirmative data available which would satisfy regulatory authorities that bacteriophages are safe and effective and that their quality can be adequately controlled. However, efforts by dedicated research groups have been ongoing to fill this void and hence clinical trials with bacteriophages, designed according to up-to-date regulatory standards have recently been proposed.   Of note, the Phagoburn trial (Clinical Trials.gov Identifier NCT02116010), being conducted in patients suffering microbiologically documented infected burn wounds with either Escherichia coli or Pseudomonas aeruginosa is highlighted in this regard (www.phagoburn.eu). This randomised, multicentre, standard of care controlled, open label study assesses the tolerance and efficacy of local bacteriophage therapy in burned patients, using “phage cocktails” produced according to Good Manufacturing Practices (GMP). As primary outcome measure, the time for eradication or significant reduction of bacteria from the infection site is assessed, whilst tolerance and healing improvement are designated secondary outcome parameters.  If the results are positive, it could be considered as a proof-of-concept study and as a starting point for further clinical development. Initiatives soon to be launched by other groups involve early phase (safety) clinical trials with a phage cocktail targeting chronic rhinosinusitis complicated by Staphylococcus aureus, as well as the use of the same phage cocktail directed against severe skin infections (7). Bacteriophages could potentially be positioned for the treatment of a wider range of bacterial infections, including conditions such as osteomyelitis and respiratory tract infections (cited also as heralding the potential to treat P. aeruginosa infections in cystic fibrosis) (8, 9). Nevertheless, for each of these conditions, adequate data on safety and efficacy would be necessary prior to regulatory approval and acceptance as part of the therapeutic armamentarium.

In addition, like any other biological medicinal product, therapeutic bacteriophages must comply with high quality standards and manufacturers are advised to adhere to relevant guidance on the quality of biotechnological/biological products. The following parameters need careful consideration in the production process of a phage product:  bacteriophage identification, potency and biological activity of the preparation, product purity, stability and storage conditions, as well as control of sterility. The use of lytic bacteriophage strains is recommended to minimize the risk of transduction and subsequent potential to create a more pathogenic or antibiotic-resistant bacterial host. Phages (as drug substances) should be appropriately characterized, including identifying critical parameters relevant to produce a well-defined and safe bacteriophage preparation. The manufacturing process should be adequately validated and controlled and the principles of GMP should be adhered to (10). Therapeutic bacteriophage formulations need to be free from pyrogenic exotoxins, endotoxins, host cell proteins and DNA, residual agents
and haemolysins.

As earlier alluded, the need to change the phage composition over time if the phage resistance profile of bacteria evolves poses a great challenge.  In order to mitigate this potential loss of efficacy, a timely, flexible approach, involving adaptation of tailor-made, small scale, quality-controlled phage preparations obtained from stocks (phage-banks) available at a local level (i.e. hospital or phage therapy centres) has been proposed (11).   Although such a modus operandi seems broadly appealing, for it to be feasible, it would likely necessitate amendments to the existing regulatory framework and even then, could still involve difficulties in the implementation. In contrast, the use of an industrial scale broad-spectrum phage cocktail, quickly decreasing the bacterial inoculum (and thus reducing the risk of bacterial resistance), could more easily address the existing regulatory requirements, having well-defined qualitative and quantitative particulars of the constituents of the medicinal product. If so required, in response to evolving bacterial resistance and introduction of new bacterial strains, the current regulatory framework could support a change to the marketing authoriz ation (licence) to alter the composition of such phage cocktail, albeit this being a rather time-consuming regulatory procedure (12). The need for a quick change in composition of the phage cocktail may however require increased flexibility.  Indeed, precedence exists in the EU regulatory framework for allowing composition changes to be fast-tracked, i.e., in regards to yearly adaptation of viral strains included in seasonal influenza vaccines.  In view of future developments, similar adaptations reflecting the specificities of bacteriophage therapy might be an avenue to be explored amongst competent authorities and legislators. Nevertheless, to inform such discussion, further evidence is needed concerning the viability of various proposed approaches (including data on efficacy and safety), the optimal level of flexibility required (e.g., size of the phage-banks or frequency of necessary updates to phage cocktails) and impact of the composition changes on the quality, efficacy and safety of the product.

Bacteriophages may hold attractive potential in the fight against difficult-to-treat bacterial infections.  Importantly, to allow acceptance of the proposed biological pharmaceutical as part of the therapeutic armamentarium, it will need to adhere to quality standards and be proven to be safe and effective in its proposed indications. However, for the latter, robust evidence remains lacking. Hence, forthcoming results from ongoing small-scale trials, conducted to appropriate regulatory standards, will inform further research priorities, imperative for future successful licensing.

Tailor-made phage concoctions and industrially up-scaled phage cocktails have both been presented as potential, complementary therapeutic technologies. However, whilst the required flexibility could be easier to apply for phage cocktails, the current regulatory provisions may be difficult to apply for tailor-made preparations.  It has been argued that the current regulatory framework is not “fit-for-purpose” and should be adapted to fully accommodate the peculiarities of bacteriophages. It may, however, be prudent to await convincing data on safety and efficacy in relation to phage therapy, prior to changes to the regulatory framework to be envisaged by legislators.  In the meantime, ongoing consultations between developers and regulatory authorities may best facilitate the successful development of bacteriophage therapy; therefore an early engagement in a dialogue with competent authorities is encouraged.

The views expressed in this article are the personal views of the authors and may not be understood or quoted as being made on behalf of or reflecting the position of the European Medicines Agency or one of its committees or working parties.

Dr Zigmars Sebris, MD is responsible for various topics in the field of regulatory affairs at the European Medicines Agency. He graduated in medicine from Riga Stradins University, Latvia, has a postgraduate diploma in Pharmaceutical Medicine and a bachelor degree in Law. His earlier professional experience includes regulatory affairs, quality assurance and pharmacovigilance in the pharmaceutical industry.

Dr Ana Cavaleiro Sanches is a Quality Specialist in the area of biotechnology/biologicals working in the Quality Office of the Specialised Scientific Disciplines Department at the European Medicines Agency.

Dr Marco Cavaleri, PhD, is Head of Anti-infectives and Vaccines in the Scientific and Regulatory Management Department at the European Medicines Agency, responsible for the management of pre- and post-authorization activities of centralized applications/marketing authorizations, in particular, safety and efficacy related to medicinal products in the above-mentioned therapeutic areas. He is a pharmacologist who spent several years in industry in R&D, mainly in the area of antibacterials and antifungals covering different positions in preclinical and clinical development. He joined the EMA in 2005 as Scientific Administrator in the Scientific Advice and Orphan Drugs Sector, specifically in charge of anti-infectives and vaccines scientific advice procedures. He returned to the Agency in 2008 as Group Leader Anti-infectives in the Safety & Efficacy Sector, Pre-Authorization Human Unit following a short period in industry leading clinical and preclinical development in the area of Gastroenterology and Infectious Diseases. In 2009, he was appointed as Head of Section for Anti-infectives and vaccines in the Safety & Efficacy Sector, Human Medicines Development and Evaluation Unit.

5. Wittebole X, De Roock S, Opal SM. A historical overview of bacteriophage therapy as an alternative to    antibiotics for the treatment of bacterial pathogens. Virulence 2014;5:226-35.

More shots on goal: towards an innovation ecosystem sufficient for the fight against antimicrobial resistance 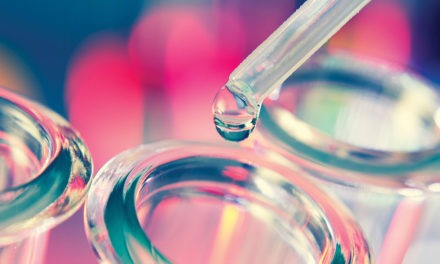 Antibiotics from nature: traditional medicine as a source of new solutions for combating antimicrobial resistance 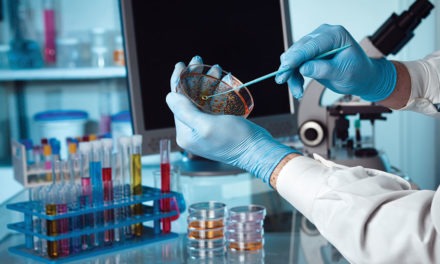 pCURE: Targeting plasmids to reduce the burden of antibiotic resistance 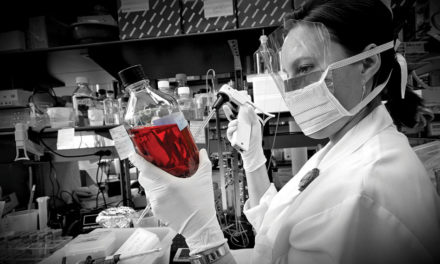 Strengthening research and innovation to address the challenge of antimicrobial resistance